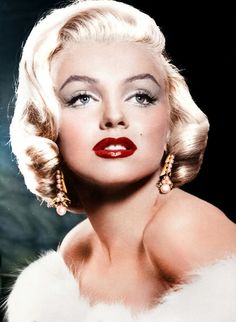 Marilyn Monroe was an actress, model and a sex symbol across the country. Her legacy still remains as she is a symbol of beauty, lust and sensuality.

Marilyn Monroe was born Norma Jeane Mortenson on June 1, 1926, in Los Angeles. She always faced parental issues. She never knew her father and her mother was placed in a mental institution due to psychiatric problems. She spent most of her time as a young child in foster care where she eventually was under the care of the Goddards. They were extremely religious and raised Marilyn in their religious environment. However in 1942, the couple moved to the East Coast and could not bring Marilyn with them. At age seven, Marilyn was just a young girl in between foster centers where she would face sexual assault in numerous occasions. According to her, she was even raped at the tender age of 11.

In 1946, Marilyn signed her first movie contract and that is when she decided to change her name. She also died her hair blonde to reinvent her image as she began to immerse herself in the entertainment industry. As she began to book roles in movies she was more known to be a dumb and overly sexualized blonde. She wanted to break out of the stereotype she was placed in due to her movie roles. She was a beautiful woman with an hourglass figure and a breathy voice, and eventually her sensual personality made her into an international movie star. Although she was greatly loved by all, she was very insecure about her acting abilities as she would get anxiety before any of her shows. There were times where Marilyn would get physically sick due to the severe anxiety she would have. That was the reason behind her infamous tardiness that she was known to have on movie sets. However, no matter how hard she tried, she was always placed in the stereotype she always seeked to get out of. 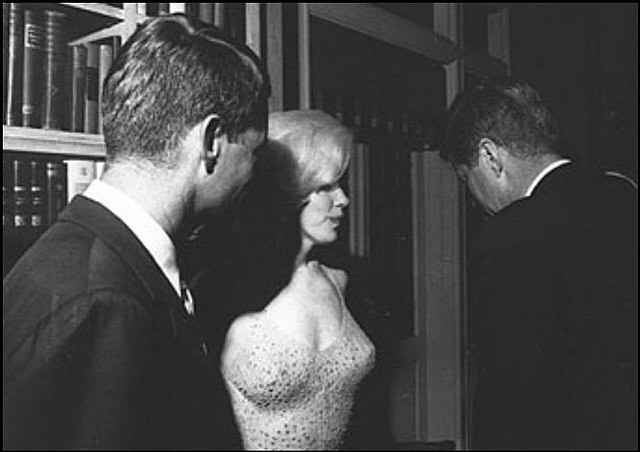 Marilyn went through many relationships throughout her lifetime. Her first marriage came at age 16 after she had dropped out of school. Jimmy Dougherty was her first husband and he was a marine, but after just 4 years the couple divorced as Marilyn was beginning her modeling career. Her 1954 marriage to baseball player, Joe DiMaggio only lasted nine months. Later, she was married to playwright, Arthur Miller from 1956 to 1961. After three failed marriages, Marilyn was then linked to President John F. Kennedy. It was rumored that her and the president were a part of a secret affair after Marilyn's steamy rendition of "Happy Birthday, Mr. President". There are many conspiracy theories regarding Kennedy's affair with Monroe. One was that she was mysteriously murdered by the government because her affair with the President caused her to obtain too much top secret information. It is believed that she was on the verge of exposing secret information and the government stopped her in the only way they knew how.

Although her relationship with JFK is highly speculated it wasn't publically known for sure.

Marilyn Monroe was found dead on August 5, 1962 in her home in Los Angeles. She was found in her bed with sleeping pills on her bedside table and it was ruled to be a drug overdose. Although many conspiracy theorists believe she was murdered by the government, this was the official ruling of her death after the autopsy testing. Even though she died a tragic death she will be remembered as a unique and exotic beauty that have people still admiring her today.